Break the bank or break tradition… 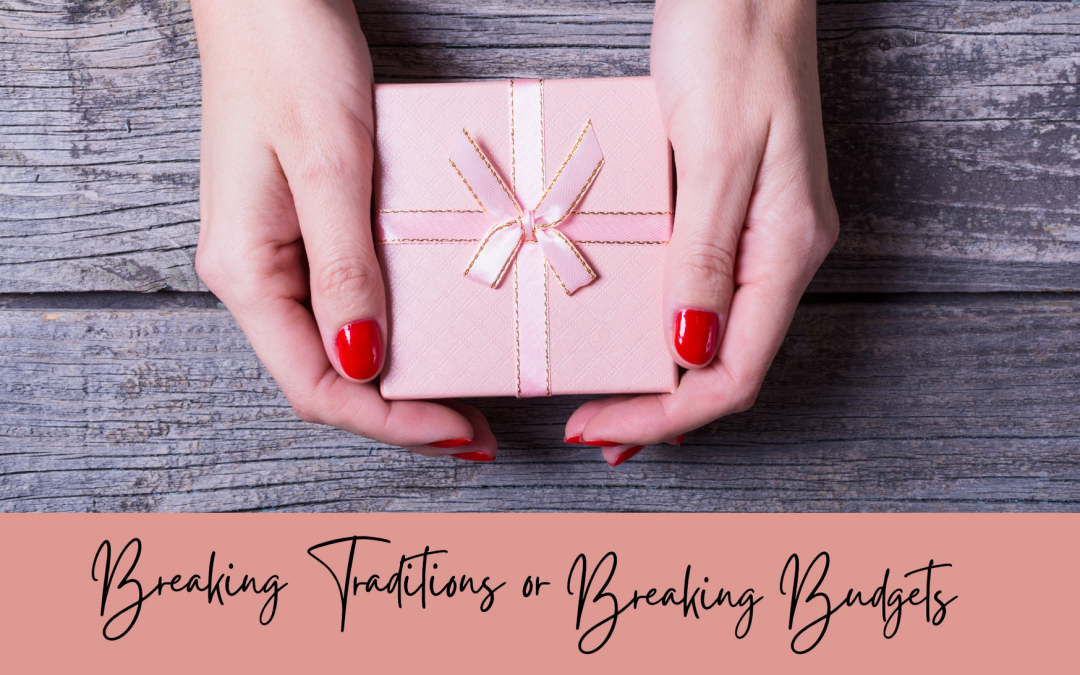 Traditions are great, but where is it written that we must spend massive amounts of money on people to show our affection or appreciation for them? Who said we must gift at all?

I’ll tell you who. Our society did.

This topic sparked a lively conversation with a client recently. I hope it inspires you to not necessarily break with traditions, but to give deeper thought to holiday spending that we sometimes, without thinking, obligate ourselves to.

No, I’m not miserly or Christmas-Grinchy, in fact, I love giving and receiving gifts. I jokingly suggested not shopping or gifting until next year. A few days after our session, my client called and said our conversation kept crossing her mind. She’d thought about it and opted to not give gifts this year and she’d already communicated her decision to her family and friends.

Well dang…talk about being serious!

As she shared the conversations she’d had, I secretly prayed she didn’t tell them it was my idea lol! I listened intently and was flooded with feelings of pride and astonishment because two of the major pain points that brought her to WMM coaching were excessive spending and massive debt. She was owning her outcome regardless of traditions.

She walked me through her thought process and we developed a plan that included charitable giving, paying off two smaller debts, and feeding her skinny 401(k) her Christmas bonus. The more we spoke, the more excited I became for her. It turns out that her bold move brought great relief to some of her family and friends and inspired some to follow suit. Did she just create a new tradition?

If you were to not gift this season, what would you do with the money?